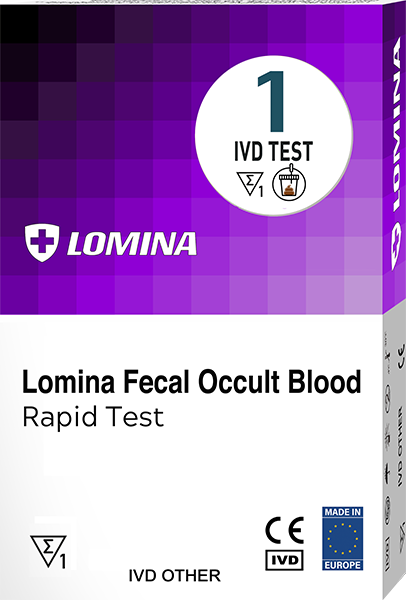 The Lomina Fecal Occult Blood (FOB) Test is a rapid chromatographic immunoassay for the qualitative detection of human fecal occult blood. In addition, unlike guaiac tests, the accuracy of the test is not affected by the patients’ diet.

The Lomina Fecal Occult Blood (FOB) Test is a rapid test that qualitatively detects low levels of occult blood in the stool. The test uses a double antibody principle that selectively detects fecal occult blood at concentrations of 50 ng/ml or higher, or 6 μg/g stool. In addition, unlike guaiac tests, the accuracy of the test is not affected by the patients’ diet.

Many diseases can cause occult blood in feces. This is also known as faecal occult blood (FOB), human occult blood or human haemoglobin. In the early stages of gastrointestinal problems such as colon cancer, ulcers, polyps, colitis, diverticulitis and fissures, there may be no visible symptoms but only occult blood. Traditional guaiac-based methods do not have sufficient sensitivity and specificity, plus they have dietary restrictions before testing.
The Lomina Fecal Occult Blood (FOB) Test is a qualitative lateral flow membrane immunoassay for the detection of human occult blood in stool. The membrane is pre-coated with anti-hemoglobin antibody in the test area of the strip. A mixture of stool and reagent migrates across the membrane where an immunochemical reaction occurs during capillary migration and reacts with the anti-hemoglobin on the membrane to form a colored band. The presence of the coloured band in the test area indicates a positive result, while its absence indicates a negative result. As a check on the procedure, a coloured band always appears in the control area, indicating that the correct volume of sample has been added and membrane activation has occurred.

The test is developed and tested using stool samples. 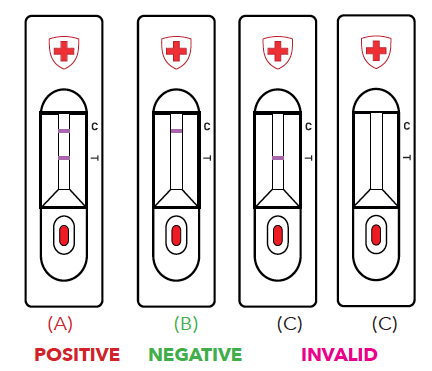